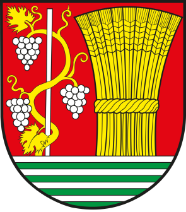 The village district was already settled in ancient times, the nicest archeological findings stretch back to the times of Avar rule. The village is first mentioned in 1156 as a bishop´s estate. King Sigismond hunted there in 1424. Several noble families owned the village; the Báthory family who gave the name of the village became landlords there in the 16th century,  later it turned into a burg. In 1654 it became the property of the Pálffy family. Towards the end of the 17th century up to 1711 Bátorkeszi became the centre of the belligerent general János Bottyán´s estates. In 1831 the second sugar mill in central Europe founded by Miklós Lacsny started its operation there in April 1849 the 7th honvede military corps under the command of general Arthur Görgey camped there. At the end of the 19th century the brewery was founded, which happened to be first in the village´s wide surroundings. Bátorkeszi today is the modern centre of the vast neighbourhood. The most valuable monument from the past is the baroque Roman-Catholic church of Virgin Mary Visitation built in the years 1720-1728 on older foundations, with some modifications later. The cast iron obelisk- steel of the Pálffy family represents a unique relic. In the village there is a war memorial dedicated to the victims of both Worldwars. Jozef Kováts, well-known pomologist and pastor of the Reformed church worked in Bátorkeszi in the years 1833-1888. “Hegyhát” represents a protected nature territory.

Change in appearance, Structure of pages, RSS, print out